Moxie vs. Coke: A Tale of Two Sodas — or Why You Shouldn't Cut Marketing in a Recession

The year is 1920. Prohibition is just beginning, creating a moment for drugstore soda fountains — and Moxie is the top-selling soft-drink in the country.

Just as its namesake suggests, the New England-based brand was full of pep and vigor. Even President Calvin Coolidge was a major fan, celebrating his 1923 inauguration with the soda and proclaiming it his favorite drink.

But Moxie’s time on top of the world would only last a few more years. As the Great Depression gripped the nation, Moxie’s popularity began to slip.

Decisions made by the soda company’s leaders in that time caused the brand to go into a tailspin from which it never recovered. In the same period, decisions made by rival Coca Cola’s leaders propelled it to the top.

One hundred years later, the brand that once was synonymous with “pep and vigor” is barely known outside of New England while Coca Cola is a worldwide titan of industry.

So what happened to Moxie, and why are we talking about it a century later? We’re not trying to show you how hip and smart we are by sharing our deep knowledge of history.

This tale of the two sodas illustrates an important lesson in how to navigate through an economic catastrophe. 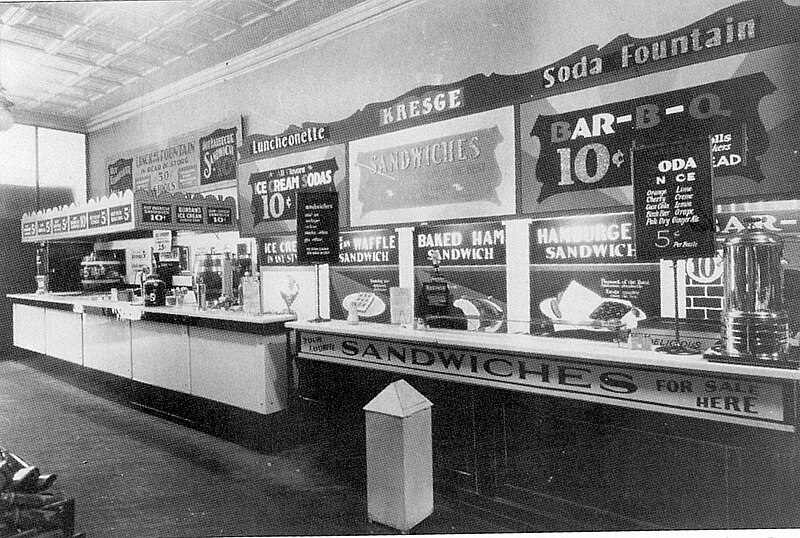 Leading up to the Great Depression, Moxie invested heavily in its advertising budget. General Manager Frank M. Archer leveraged all available methods to promote Moxie. Film stars and athletes touted the drink, and its name was plastered across print advertisements. Archer even put the company’s name on toys, sheet music, and even teacups.

The company also used what it called Horsemobiles, aka: an aluminum horse attached to a trailer packed with soda, and parked the vehicles outside of fairs, amusement parks and dance halls. The idea was not only to sell more soda, but also to create a subconscious link between Moxie and happy times.

This approach had served the company well for decades. It was, after all, the top brand in America at the time. But where Moxie stayed the course in the 1920s, Coca Cola brought about a revolution.

At the young age of 33, Woodruff inherited a company with solid finances. He also saw the Roaring Twenties as a decade filled with opportunity.

Woodruff believed Coca Cola was more than just a beverage — it was a lifestyle choice. And he transformed Coca Cola’s management structure to reflect this vision, pushing rigorous standards of cleanliness and standardization in bottling plants and hiring an executive team of specialists.

He also hired statisticians and analysts to create an analytics department. Before computers even existed, this team gathered insights on where Coke was — and wasn’t — selling well so his team could make data-driven decisions. Statisticians measured traffic patterns to determine the impact of billboards and shopping habits of drugstore consumers to determine where to send its sales team.

As the department became more sophisticated, it was able to accurately forecast future sales and profits. While the insights from the statisticians were clearly valuable to Coca Cola’s sales force, another department found them deeply valuable: Advertising.

When Archie Lee took the Coke account at D’Arcy, he also brought a series of sweeping reforms. While his peers were writing copy that was long-winded and verbose, he pioneered the short and simple style. He also spearheaded the vision of portraying Coke as a simple, all-American beverage for happy times and hired artists like Norman Rockwell to cement the image in America’s mind. 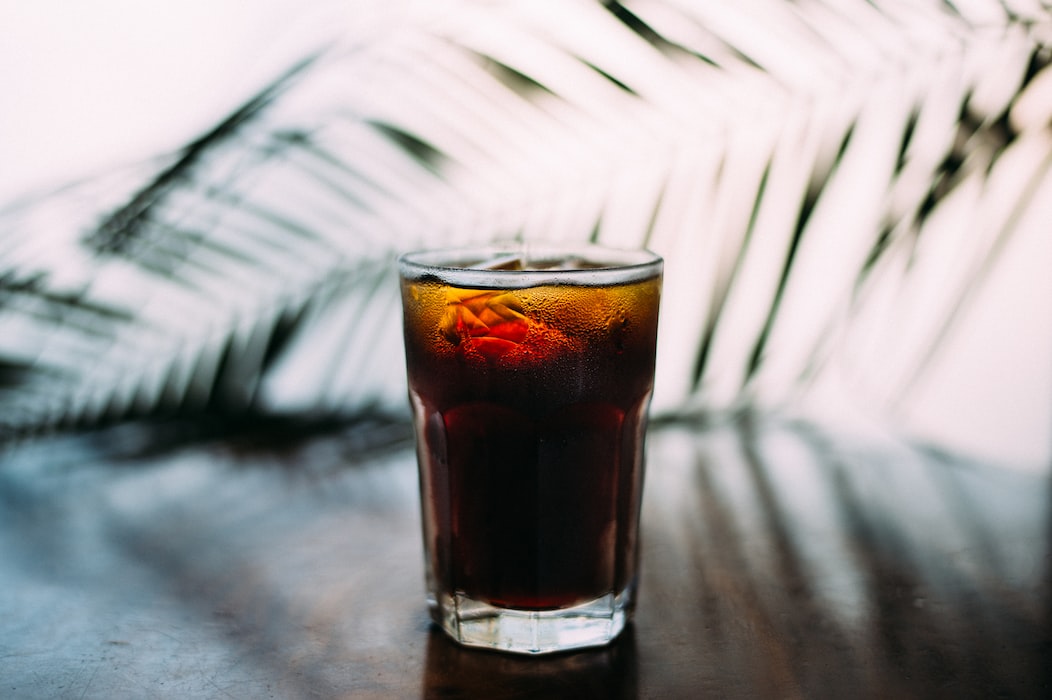 Hubris and Bold Choices Through the Great Depression

By the end of the 1920s, the choices both companies made this decade would come to define their ultimate fates.

In 1929, the stock market collapsed and took the nation’s economy with it. As people lost jobs at an astonishing rate, they cut out non-essential pleasures like soda. Fewer people buying soda meant lower revenues for Moxie and Coca Cola. The leadership teams of both companies had some tough choices ahead of them.

As the economy contracted in the final year of the decade, Moxie appeared to take its No. 1 position for granted. The company made a series of disastrous moves, including doubling its price from a nickel to a dime and substituting cheaper ingredients as an attempt to staunch the bleeding.

Perhaps because Moxie ascended to great heights through the brief but severe depression of 1920-1921, corporate leadership may have thought they could hang on to its supreme position for the ensuing crisis. Archer and his team dramatically cut their marketing budget in reaction to the deep crisis that few people saw coming.

Over at Coca Cola, Woodruff saw a different picture. Remember the analytics team he created in 1923? His team of statisticians saw the signs of a brewing economic crisis in 1928.

These insights gave Woodruff the power to be proactive and make bold moves where his competition would act reactively. Coca Cola doubled down on advertising when everyone else cut back. While companies like Moxie were becoming less visible, consumers were seeing a lot more of Coca Cola and driving up the company’s market share.

If Coca Cola seemed like it was everywhere during the Great Depression, well, it was. Their dramatic increase in advertising spend was paying dividends. Billboard companies didn’t want to see their spaces remain empty, so they gave Coke extra placements.

Not only were consumers seeing more of Coca Cola, but they were seeing more innovative campaigns. Lee created his best-known slogan for Coke, “The pause that refreshes,” in 1929 and remained in heavy rotation for 20 years. The slogan would become one of the most well-known of the twentieth century.

A few years later, in 1931, Lee hired artist Haddon Sundblom to create the first Christmas advertisement featuring Santa. Turning out to be a huge success, these holiday ads became an essential part of Coke’s branding that continues to this day.

And in one more show of contrast to its rival Moxie, Coca Cola kept the price of its soda at five cents.

Despite the extra advertising boost, Coca Cola’s sales weren’t going gangbusters — at least at first. Revenues had largely stagnated through the 1930s and even dipped 25% in 1934. But compared to its rivals, even stagnation was a sign of success. By 1938, however, Coca Cola’s sales were back to black and hit a new record of $75.8 million.

In the years leading into World War II, Coca Cola had become the dominant soda. And though it would see a few hiccups in the next half-century, like a new rivalry with Pepsi and a bit of controversy (remember New Coke?), the beverage became a worldwide conglomerate and produced a long string of memorable ad campaigns in the time since.

While Americans were seeing advertisements for Coke on every other billboard, Moxie was nowhere to be seen. The brand went dark through the depression and never regained the prominence it once enjoyed.

While the economy eventually recovered, Moxie never regained the market share it lost. It had a few minor resurgences in the 1950s when Boston Red Sox slugger Ted Williams appeared in a series of ads, and again in the 1960s when Mad Magazine featured the soda company’s logos in its comics.

At the end of the 20th Century, Moxie developed a cult following in New England, but had little brand awareness outside of the region. In an ironic twist of fate, Coca Cola bought Moxie in 2018. 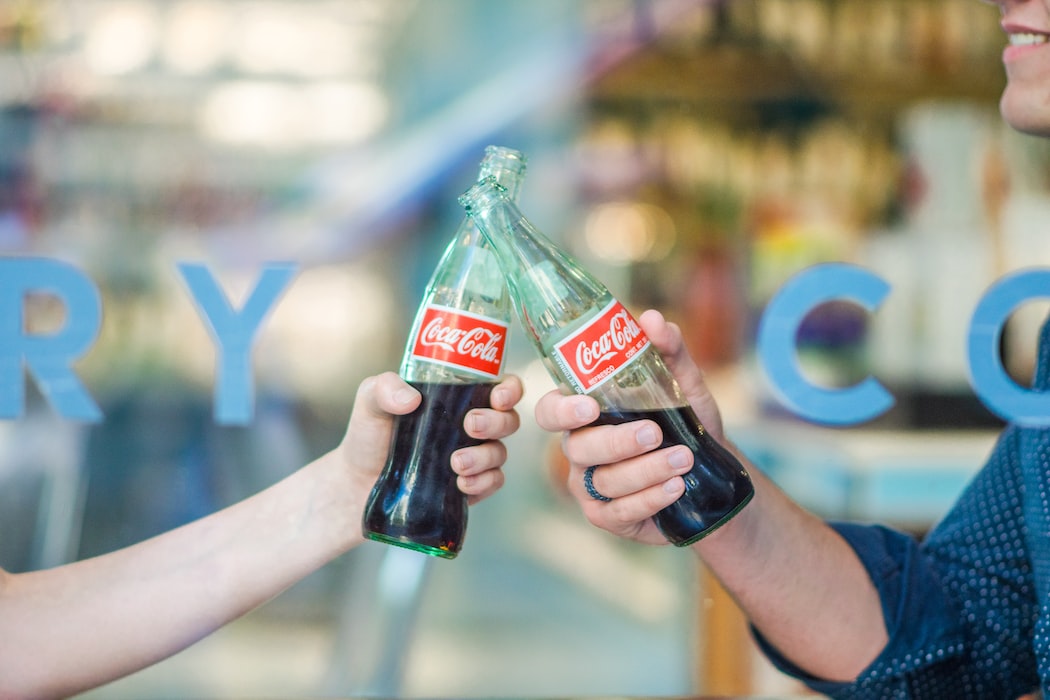 The Takeaway and Why it Matters Today

Moxie and Coca Cola started out portraying themselves as medicines in the late 1800s. Moxie was touted as a “cure-all tonic” while Coke was a high-octane blend of cocaine and caffeine. As regulations became more stringent, both stopped calling themselves medicine and Coke removed the cocaine to become the soft drinks we know today.

When times were good in the 1920s, Moxie stayed the course with its marketing strategy and continued to do the same things it had always done successfully in the past, while Coca Cola got innovative.

As the world struggled through the Great Depression of the 1930s, moves both companies made in the previous decade sealed their fate. One remains one of the world’s biggest brands, while the other maintains a regional cult following.

To recap, here’s the tl;dr version of why Coca Cola was successful while Moxie failed:

A century later, these lessons remain timely. As we deal with the economic crisis brought about by COVID-19, it’s tempting to cut back on marketing and advertising. While cutting back does keep some money in your bank account, the risk is losing precious market share that may be lost forever — even when the economy rebounds.

keyboard_arrow_left Go back to the Blog

Take your website to the next level with one of the most comprehensive SEO and Technical audits in the industry.

What will your audit uncover?